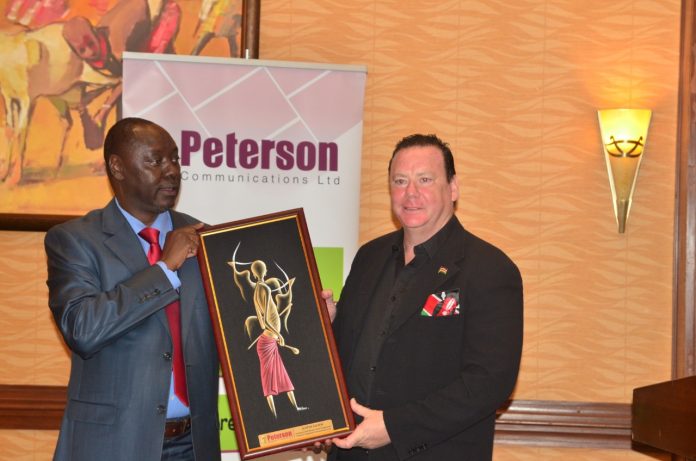 Peter Munywoki Mutie is the Executive Director and CEO of Peterson Integrated Communications Ltd (PICL), a private limited company in Nairobi that focuses on strategic communications. His name is easily recognizable in the world of public relations right across the globe. While serving at the helm of the Public Relations Society of Kenya (PRSK), he was able to solidify networks that had previously had contacts with the professional society.

Peter remembers an unfortunate event that led to PRSKs becoming a global player and welcoming a lifelong friend. “During the post-election violence of 2007/2008, someone called me from Dublin and asked, what can I do to help? We discussed options and issued a joint press statement calling for peace”. The person who called was Justin Green, then serving as President of the Public Relations Institute of Ireland. Justin has since become an ambassador for PRSK, visits the association on a regular basis and is recognized as an honorary member of the society.

If there is someone who understands the power of networks, it is Mutie. He is a founder Board Member of Brand Kenya Board and the Media Council of Kenya. He has also served as a Board Member at Kenya Civil Aviation Authority and Communications Authority of Kenya. He has been able to tap onto those networks to offer world class training to Corporate leaders including chief executive officers through the team that he leads at PICL. Indeed, PICL has established itself as a leader in providing unique strategic communications services in Africa in general and Kenya in particular. The company has become the first company to become a member of GA.

His academic qualifications include Masters in Business Administration (MBA) from Eastern and Southern African Management Institute (ESAMI), a Bachelor of Arts (Econ) from Egerton University and a Post Graduate Diploma in Mass Communication, University of Nairobi.

Peters’ corporate stewardship suite experience includes being a Chairman, Board of Governors of Masinga High School and a Committee Member, Communication Committee of the Kenya Private Sector Alliance (KEPSA). He was also the first chairman of the Machakos Entertainment Centre for Film, Music and the Arts (Machawood), Machakos County Government and a Board Member, Machakos Investment Promotion Board, Machakos County Government. An alumnus of Thika High School and Masinga Boys School, Machakos, Peter enjoys travelling, reading and sports.

Jane - November 7, 2022 0
FATUMA HIRSI MOHAMED is easily a cultural ambassador. Born to a Muslim family in Wajir, Kenya, she has gone on to study...